...creating a database of medieval and early modern communities of women religious.

In comparison with other ecclesiastic institutions, communities of women religious are underrepresented in both research and documentation. For a long time they have been seen merely as institutions for the accommodation and support of unmarried daughters and therefore as minor appendages of men’s convents and religious orders.

Research conducted in recent years has shown the contrary: communities of female religious – just as their male counterparts – were focal points of cultural and religious life. They produced a great variety of unique literary compositions, masterfully crafted artworks and shaped a diversity of devotional practices. In many cases, religious women had far-reaching economic and political relations and lived largely independent lives.

Their development, however, was often in opposition to the male dominated tendencies of the wider Church. It became clear that female communities cannot always be easily categorized along the lines of religious orders, since they were seldom integrated in the orders’ structures. A great many communities formed unique characteristics that must be subject to future research.

In many cases, documentary evidence presents a major problem: Often, information on dates of foundation and dissolution cannot be obtained, abbesses are not always known by name and material remains cannot be interpreted with great certainty.

During the preparations for the 2005 exhibition ‘Crown and Veil’ Prof. Hedwig Röckelein and her staff created a database of female religious to address these problems and provide a basis for further research: the Female Monasticisms Database.

The FemMoData was developed to provide researchers with detailed information on female communities from the time between 400 and 1600 AD in Europe, North Africa and the Near East. The database incorporates individual entries for each community, covering the major aspects that are essential to further research:

The FemMoData also provides an extensive search function with the options to share results and to generate customized maps.

So far, FemMoData includes information on more than 3000 communities of women religious founded from 400 to 1600 AD.

The core data of the project is based on the American database ‘Monastic Matrix’, the ‘Répertoire topo-bibliographique des abbayes et prieurés’ by Cottineau, the publications of the ‘Germania Sacra’ series, the ‘Helvetia Sacra’, the ‘Germania Benedictina’, as well as region-specific monastic inventories from Germany, Italy, Britain and France.

The FemMoData is accessible online via its newly developed website that was designed especially for the project and meets the latest technical standards.

A European network of scholars for the coordination of research on medieval and early modern female monasticism is to be established, while cooperation with region-specific research communities will be intensified. Regular contact and exchange between the associated scholars at conferences and by other means will be of key importance.

The current online database will be expanded to have advanced cartographical features and to include images of artistic and architectural monuments. Additional functions can be implemented on demand.

The data base will be kept up to date and improved by constantly adding results of new research efforts.

Supervision of individual entries will be assigned to contributors based on their region-specific expertise. The so far underrepresented monasteries of Eastern Europe, North Africa and the Near East will be added to the database.

Above all, the central idea behind FemMoData is to bring to attention the role of medieval communities of religious women as a major feature of Europe’s cultural heritage. 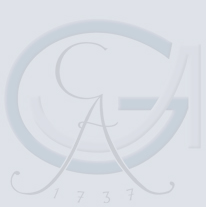